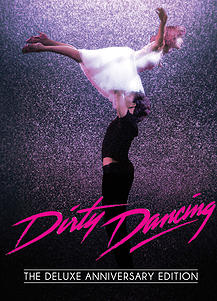 With a soundtrack that’s almost as recognizable as the film that spawned it, the music of Dirty Dancing has gone on to be one of the most enduring collections to come out of the ’80s. While various versions have been reissued with bonus material over the years since the film’s release in 1987, the compilation has been restored to its original 12 tracks for Dirty Dancing: The Deluxe Anniversary Edition. Released to commemorate the 25th anniversary of the movie, the soundtrack is presented with the same sequencing as the original from 1987. The hook with this edition, however, comes from the packaging, which features liner notes written by the soundtrack’s producers, offering insight into the selection of classic songs like “(I’ve Had) The Time of My Life” and “She’s Like the Wind.” Musically, this deluxe edition doesn’t offer anything that the myriad reissues of Dirty Dancing’s soundtrack don’t already have, but for die-hard fans of the film and its music, the new perspectives on the film and its music, as well as the nicer packaging and included film stills, might make this a worthy replacement for the copies of the original that they wore out long ago.

“No Avoiding Cliches”: Alfie Zappacosta on his life in music…and Edmonton

Zappacosta has redefined the live concert experience with intimate and intense showcases. His performances deliver a blend of acoustic, jazz and pop music

🎶An Evening with Alfie Zappacosta!! Alfie will be playing at the winery in Nova Scotia! Sunday, May 8th 6-8pm!! This will be an evening to remember! 🎶
-
Tickets $38 available through Event Brite:
http://ow.ly/xgQn50IWbLJ
-
#novascotia #petiterivierevineyards #crousetown

🎶An Evening with Alfie Zappacosta!! Alfie will be playing at the winery in Nova Scotia! Sunday, May 8th 6-8pm!! This will be an evening to remember! 🎶
-
Tickets $38 available through Event Brite:
http://ow.ly/HsJC50ISWyk
-
#novascotia #petiterivierevineyards #crousetown

This message is only visible to admins.
Problem displaying Facebook posts. Backup cache in use.
Click to show error
Error: Error validating access token: The session has been invalidated because the user changed their password or Facebook has changed the session for security reasons. Type: OAuthException

Ladies and Gentlemen!!!The Spotlight Cabaret!!September 16,17&18th🤗!Thank you, Aimee! So looking forward to being back. Come see Andrew Glover and myself perform for you🙏🙏🙏spotlightcabaret.ca/shows/alfie-zappacosta-prime-rib-dinner-show-2022-09-16/ ... See MoreSee Less